Sailing Sideways Up the Back Hole of Not Sane-ness: Best Records Of 2013, Says Me. 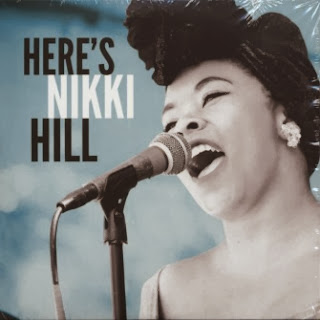 If you've ever read my Blog before, you know I'm way into several different genres of music. I'm not even going to go into a long disclaimer again this year. Suffice it to say that this will be an eclectic list. Music is music, you like it or don't. Labels are for bottles of pills. Furthermore,these are in no particular order. Ranking is for Roger. Let's DO this, sexy internet warlocks and witches!

GIUDA- Let's Do It Again
70s inspired, bell bottom wearing, soccer playin', chant along, sing along, bombastic guitar glitz from the way back machine. Stumbling along the same gutters as Slade, Gary Glitter, Bay City Rollers, Cocksparrer. Oh, you best get to buyin' this.It's makin' all the skinheads fall in love!

JOHNNY MARR- The Messenger
While his former partner Morrissey has made consistently good records since the break up of the Smiths, Johnny Marr has flitted about, joined other people's bands and formed his own(Pretenders, Bryan Ferry, Modest Mouse, The Cribs, The The, The Healers etc), experimented, mucked about, made money and changed his hairstyle multiple times. He's always been interesting, but he's never lived up to his legend for shit. Not playing wise, not any-wise. Clearly, getting away from his legend was what was important to him in those years. All that changed rather abruptly and violently with the release of his newest solo album "The Messenger" this year. It's catchy, rockin', emotive, dark, perfect. Lurching about the same atmospheric, anthemic, dark alleyways as Echo And The Bunnymen, Joy Division, The Smiths, The Church, etc.

NIKKI HILL- Here's Nikki Hill
Wow. Just wow. This very classy, very raunchy, very inspiring lady came out of nowhere in the last year or two and already she's being touted as the next Tina Turner. Her husband and guitarist Matt Hill is the perfect foil for her soulful, raspy and sweet as-needed vocals. Matt keeps it raw and bluesy, slashing at his beat up Fender slab like Ike Turner. You've now noticed two Ike and Tina references, but I'm not talkin' about fisticuffs. I'm talking about very obvious true love and fated partnership. These kids are formidable and adorable together, and this record is fuggin' brilliant.You like Otis? Early Ike and Tina? Early Black Crowes, Small Faces, Little Richard, late 60s early 70s Stones? Who doesn't love that stuff? You'll love this.

IN SOLITUDE-Sister
Sweden's In Solitude are probably the greatest young metal band to come along in 20 years. Less gimmicky and silly than their more popular counterparts Ghost,they nonetheless share that band's gift for haunting melody and punchy guitar dirges. This record dips into 80s UK Goth territory for sure. There is a definite Sex Gang Children/Ausgang/Birthday Party-esque quirkiness to some of the guitars, and the melodies are darker, catchier and more coherent on this album. "Sister" on the whole is also slower and more atmospheric than the last. For fans of Sisters Of Mercy, early Iron Maiden, NWOBHM, Ausgang, Joy Division, King Diamond,etc

LION'S LAW- A Day Will Come
This album punched me in the very taint! IN MY TAINT! Anthemic, catchy, sing along boot boy rock and roll played by a bunch of prole Skins from Paris (of all places). Really strong, solid songwriting with a sing along in every tune. Hard as nails, rocking Les Paul and Marshall Half-Stack guitar wallop throughout, and melodic but raw throated vocals. Punk ain't dead, it just shaved it's head. Kicking big Doc Martens down the same violent streets as Cocksparrer, Angelic Upstarts, Sham 69, The Clash, 4 Skins, Cockney Rejects, etc. OI!

NIKKI HILL AND DEKE DICKERSON-Soul Meets Country
Nikki Hill makes a second appearance in my countdown, yes ma'am. She is that awesome. Paired with the extremely personable Deke Dickerson, she shines blindingly on this four song EP of country-inflected soul tunes. Her soulful wail sits nicely next to Deke's warm, calming country drawl. One definitely misses a kick-ass Matt Hill guitar solo here and there, but other than that I hear no flaws on this frickin' superb vinyl platter. As great as Deke is on this, if Nikki ever decides to duet with Dwight Yoakum I will soil my undergarments (and yours) in utter drooling joy. So if you collect Stax and Sun singles with equally insistent grabby-fingers, you will enjoy this 'un, boogie chilluns.

SATYRICON- Satyricon
Norse Black Metal legends Satyricon return with this stripped down, pummeling, slinky temptress of an album. It's perfect for the bleak winter with its brittle icy guitars and blasting, freezing rain drum beats. For fans of Norse BM (which does NOT stand for Bowel Movement, in this case)and classic NWOBHM.

ANYTHING THAT CAME OUT ON WILD RECORDS THIS YEAR.
The best roots music label in the world right now. Special props for releasing Aussie rockabilly/r'n'b prodigy Pat Capocci's brilliant record "Call Of The Wild". Pat's gonna be the next JD McPherson if he gets half a chance. The label also dropped incredible sex bomb platters by The Black Mambas, The Hurricanes and more this year. Rockabilly, garage rock, classic punk, blues, you name it, they are cornering the market on it. Seriously, dummies, Wild Records. Google it.

JD WILKES AND THE DIRT DAUBERS-Wild Moon
The hipper among you may remember JD Wilkes from his former band Th' Legendary Shack Shakers, who were a powerhouse punk-blues-rockabilly juggernaut of a live act in the early 2000s. His lyrics have always been filled to the brim with backwoods good'n'evil, every song a scintillating story of sin, hellfire and redemption snatched away. He has lightened up a bit with his newer outfit the Dirt Daubers, who have always been a sort of Shack Shakers Lite, incorporating more folksy, acoustic, bluegrass style sounds. On the new Daubers platter "Wild Moon" however, the band has amped up the Chicago Blues style tube overdrive on the guitar and turned in a rocking disc full of darkly compelling tunes. The secret weapon here is Jessica Wilkes (JD's wife) who lends her sultry vocals and thump-heavy doghouse bass playing, among other things, to this slinky blues-devil of an album. For fans of scratchy old blues and bluegrass 78s, Legendary Shack Shakers, The Cramps, etc.

That's it, people. I'm sure I forgot something, but I grow weary, and require a sandwich. Please support the artists I've named here, and for your sake and mine, check out more independent music. Remember, folks...your next door neighbor could be a better songwriter than Lady Gaga (and probably is)...who would you rather support? -CM
Posted by Charles Matthews at 2:09 PM