More Fun Than A Flaming Planet: My End of The World Blog! 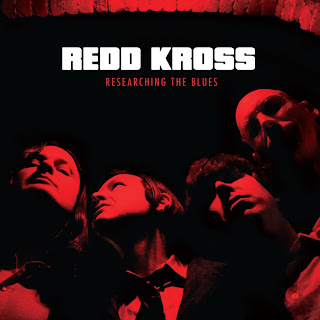 SO listen, since the world is going to end, I don't want to go out on the mostly sour note that was my last Blog entry "More Fun Than A Flaming Yule Log." After reading several of my music geek friends' Year End Top Tens, or 20s, or whatever, I realized that there were, indeed, some records I forgot about that I did buy and did enjoy. There were also a couple bands who released singles or teasers for their new albums this year that I loved but, like a dick, did not include in my year end list. So what follows is my Top Ten best musical releases of 2012.

1) Redd Kross- Researching The Blues LP.
How I forgot about this instant power pop classic is beyond me. Guess I'm going senile. "Stay Away From Downtown" is the song of the goddamn year as far as this lonely cowpoke is concerned. The choppy Riffs, the sweet harmonies, the vague and vaguely familiar lyrics....it's like the innocence of early Lennon and McCartney, covered in '77 era punk rock bile and power pop teeny bop energy. The whole album is a stunner, in fact I'm quite sure it's the bands' best since "Third Eye".

2)Graveyard- "Lights Out" LP
I covered this in my "Yule Log" Blog, so I'm not going to re-iterate. I'll just say if you like the blues, classic hard rock, doom, classic metal or stoner rock...get it.

3)Kurt Baker- "Brand New Beat"
Ditto on this one, covered in the last Blog. I will add that it gets kudos for blatantly ripping off the title of a Gene Vincent song. Because if you're going to rip people off (and you are), then make it blatant and make sure they've been dead since 1972.

4)The Crazy Squeeze- s/t LP
First off, I will state that I do not own this record. I am judging it on the bands' past recordings and the samples I've heard of each song. The fact that this band is a supergroup that features members of the Stitches, Richmond Sluts, and the (godlike) Teenage Frames just seals the deal. Whatever this band does, I like it. It sounds like punk rock and roll with a healthy dose of snotty pop on top, a furious gang bang between the Heartbreakers, the Boys, and Teenage Head. I cannot wait til this bastard sees a U.S. vinyl release, for it shall be mine.

5) Wanda Jackson-"Unfinished Business" LP
I have come to the realization that I don't like Justin Townes earle that much. I really tried, but he just seems like the palest of pale Ryan Adams imitators, with none of his Dad's aching wordplay, slurred swagger, and honesty. He tries too hard, and he's too young yet, and he just ain't doin' it right yet, aside from a couple of good tunes. Why am I talking about him? Well, he had the balls to produce a Wanda Jackson record. It's a real good one. The song choices and feel are spot on, and I needn't mention that Wanda's voice is eternal. Her live performances are sometimes shaky these days, but her last few records have been up there with the best of her ancient 1950s/1960s back catalog. I do her an injustice by whining about her choice of producer. Jack White, producer of last year's "The Party Ain't Over Yet" was a better choice because he had recorded Loretta Lynn and is a massive talent himself. Having said that, "Unfinished Business", I think, is the finer record of the two.

6)Ricky Rat-"Songs In C Major Love" LP
I don't understand the title. I just don't get it. But I never understand anything, so I am not super shocked or anything. Does he love the key of C Major? If so, then why doesn't he marry it? Anyway, you have got to hand it to Ricky Rat. Probably the finest Detroit guitar player (and if you are from Michigan, the land that invented the Gibson Guitar, you are of a special breed to begin with) since Wayne Kramer. As you all should know, he was in thee Trash Brats, a band every hip Michigan kid knew and loved for their cross dressing cross pollination of glam, punk, pop metal and snot back in the 1980s and '90s. Thee Brats were a GREAT band. Ricky's first solo record is also great. While I miss Brian O'Blivion's vocals at times, this disc exhibits the same ramshackle pop punk charm that made Thee Brats such an eternally beloved band. Ricky's voice kinda sounds like Dr. Frank from the Mr. T Experience in spots, which ain't bad. There's also a pretty great cover of Flesh For Lulu's "Time And Space"! All in all, this is a good one in the spirit of Keef and Johnny Thunders' solo stuff. A guitar star stepping out in front of a band with better than fair results.

7)Ghost- "Secular Haze" Leaked Track
Pretty sure this will be the title track of Ghosts' next LP, and it's a creepy, swirly, carnival calliope sounding beast of a thing, with super, super heavy bass and the by now familiar creepily sweet vocals. While this is an official "leak",another new track has leaked via a live version of Abba's "Marionette" (I shitteth you not, people)on You Tube which is frigging awesome. Hope it's on the record. Very much looking forward to it's release in 2013!

8)JD McPherson-"Twinkle Little Christmas Lights" holiday single
This guy just never quits. His album "Signs And Signifiers" was on everyone's year end lists last year, and he's been all over the place since, playing every dive in every town six times on a never ending tour. He's also appeared on every late night talk show from Leno to Conan to Letterman, and blown away mass audiences each time. this cat is gonna be big. This is his first new music since "Signs", and it's a great little sweetly adorable holiday song. Sort of like a drunken Little Richard having his way with "Rockin' Around The Christmas Tree", but better. If you can imagine.

9)Nick Cave And The Bad Seeds- "We No Who UR" Leaked Track
I'm including this mostly because I have super high hopes for the new Nick Cave and the Bad Seeds album "Push The Sky Away". This song itself is weak milk. Kind of reminds me of U2, or some Irish band doing a song for a charity album or something. Lyrics very good, music very bland. Maybe it'll grow on me, but I'm still holding out massive hope for the album!

10)OFF!-"OFF!" LP
Following two years after 2010's "The First Four EPs" collection, this sophomore album finds the punk/alt rock supergroup that is OFF sounding no less pissed off and frantic. 16 songs in just under 16 minutes. Now that is hardcore punk rock. And this is a great album.

Alright, just so you don't call me a grumpy old so and so, that's my year end top ten. Go ahead and cast yer stones that I didn't include whatever 20 something hipster band you're into this week, but I hate the kids. The kids are terrible. It will take amazing things to make me enjoy the kids' music. Even if it's something I should like, like a 10th generation power pop rip off or doom metal band or whatever. I need more than "something I should like". I need something I DO like. Meh. Bah humbug, my blood shit runneth over.
Posted by Charles Matthews at 5:15 PM